Light Table is a new interactive IDE that lets you modify running programs and embed anything from websites to games. It provides the real time feedback we need to not only answer questions about our code, but to understand how our programs really work. 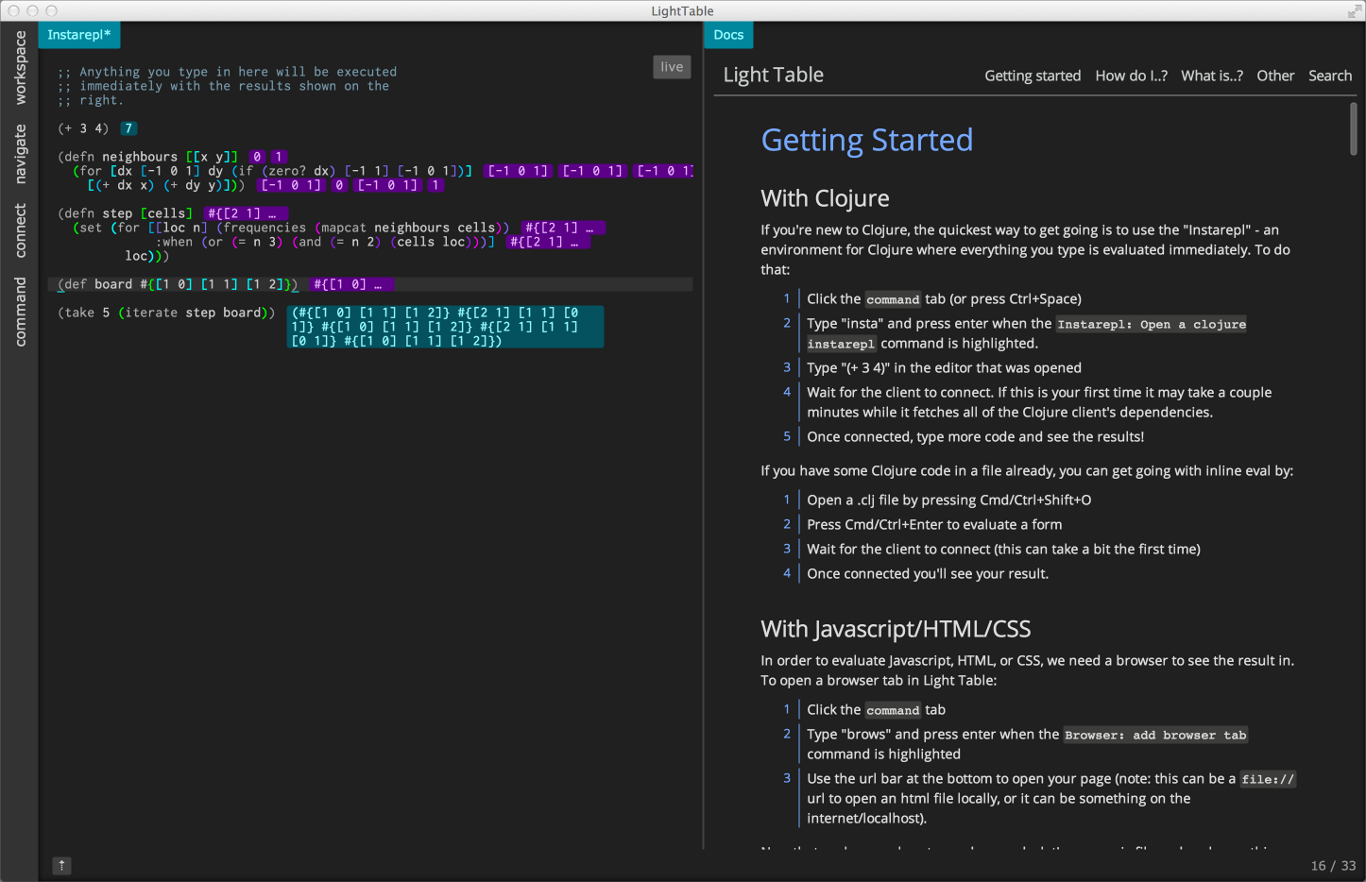 With this release the goal was to bring more people into the fold, to increase the number of languages it can eval, and to smooth out some of the core experience. After 0.3, they finally had a chance to move the ball forward some, from live modifying websites directly inside of Light Table to injecting code into NodeJS and showing matplotlib graphs in-line. This is a huge release in virtually every way and I think there’s something for everyone, whether you’re just starting out programming or you’ve been writing Python since it was released. 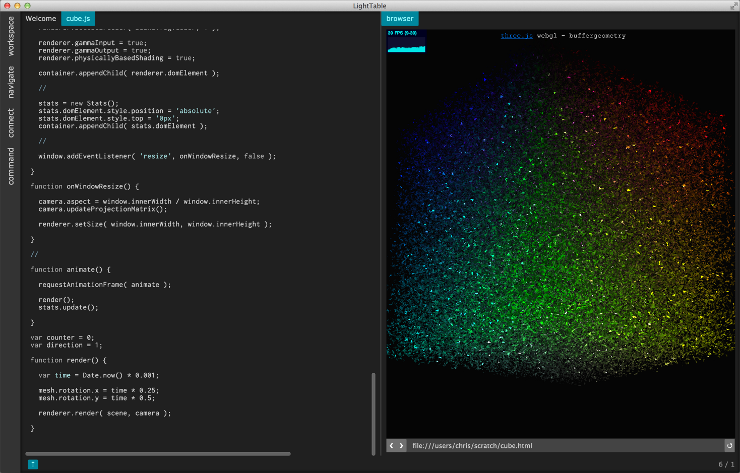 Light Table now supports Python eval. It works for both Python-2 and Python-3 and utilizes IPython for a better overall experience if it’s available. Python support comes complete with in-line results/exceptions and integration with the console. With the IPython integration they were also able to do in-line matplotlib/pylab graphs, which is pretty neat: 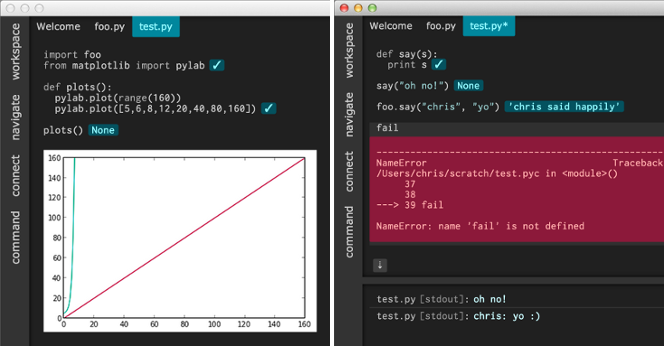 There’s finally a nice set of documentation up until this point, they’ve been hesitant to spend much time writing documentation on how to use Light Table, because things were still changing pretty drastically. They’re happy with the general workflow they’ve put together now, though, and so it was time to get some content out there. You can access the docs within Light Table itself from the welcome tab or the Docs: Open Light Table's documentation command.

The current version available is a huge release (just look at the Changelog. Were fixed a lot of the little things that were missing or slightly off that took away from the overall experience of Light Table, basically every aspect of LT got some love, but here are some of the big ones: 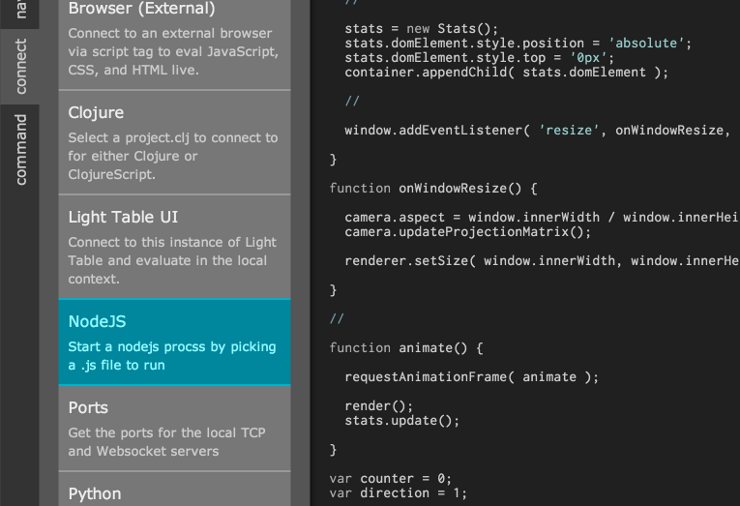